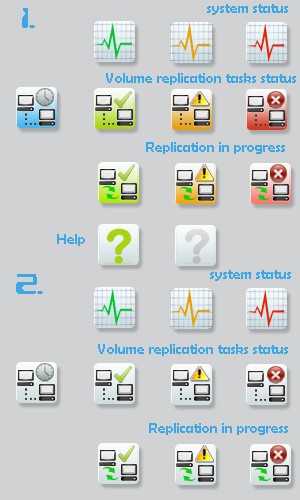 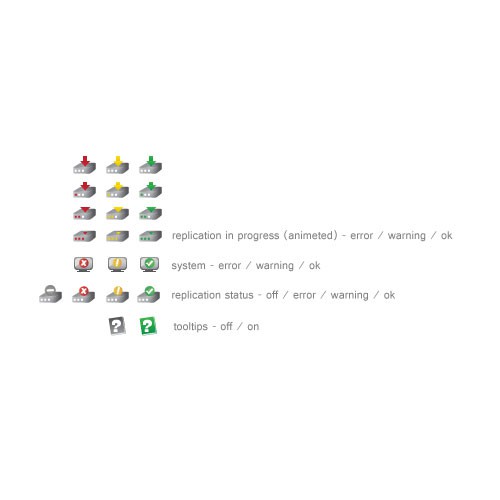 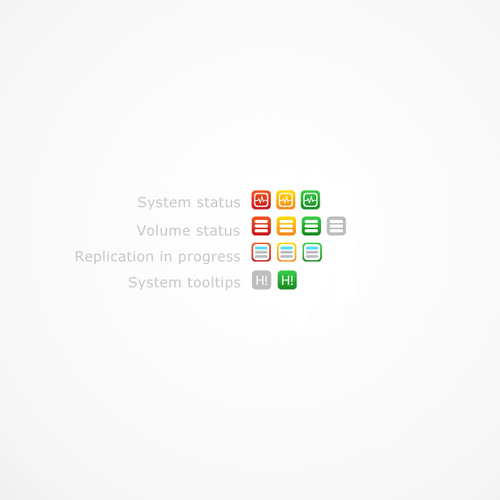 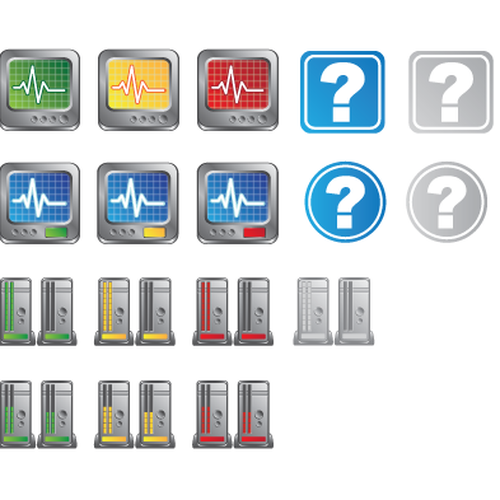 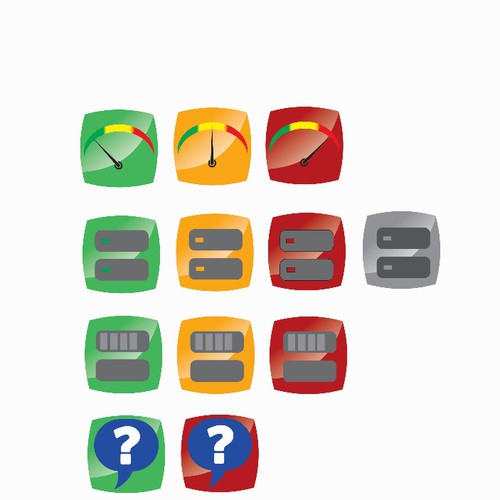 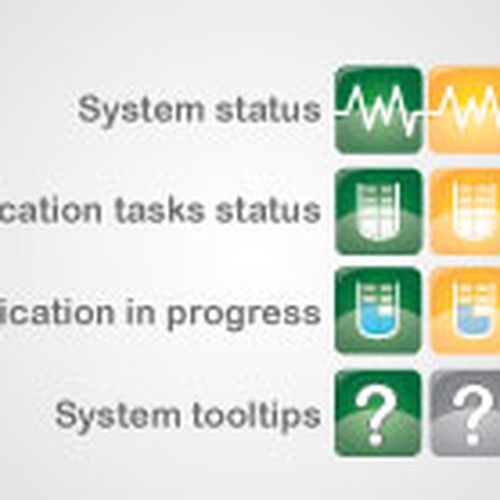 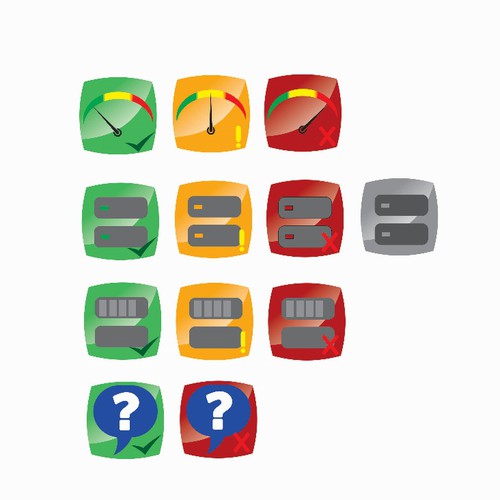 Our company has developed (and is constantly improving) a server storage management software used by hundreds companies across the world among which there are Fortune 500 ones.

Currently we are adding a new functionality to our software that will resemble (in a very broad meaning) a system tray known from MS Windows.

We are looking for a set of 3 icons, each one with number of different states:
1) System status: shows the overall condition of the whole system, will have 3 possible states:
a) Normal (“All’s OK”)
b) Warning (“Attention needed”)
c) Error
2) Volume replication tasks status: replication can be generally understood as backing up a data (whole drives are copied from one place to another). This icon will have 4 possible sates:
a) Inactive (volume replication tasks haven’t been scheduled/set up in the system)
b) Normal (everything configured correctly, no recent errors)
c) Warning (during recent replications there were events that require user’s attention)
d) Error (during recent replications some errors - that cause the replication process to fail - occurred)
e) Replication in progress, normal: it will be shown at the times when the actual back-up process is in place (which has some impact on the performance of the whole system, hence the necessity of having that icon), no errors nor warnings
f) Replication in progress: warning (as above with warning status)
g) Replication in progress: error (as above with error status)
3) System tooltips (contextual help presented on various places during various activities undertaken by the users):
a) On (feature turned on)
b) Off (feature turned off)

Following icons should be provided in one state only (normal, or "All's OK")
1) Data Replication Tasks: the simplest way to understand the difference between volume and data replication is that volume copies (backs up) entire drives whereas data copies folders, files etc
2) Antivirus Tasks: self-explanatory
3) Local Backup Tasks: shows statuses of backup tasks and indicates whether they are running. Difference between backup and replication: the latter creates copies that can be immediately put to use and provide access to data, backups require longer restoring process

Additional requirements/comments:
- For illustrating statuses of system or operations (normal, warning, error) we’d like to see the most commonly recognizable color scheme: green for normal, yellow for warning, red for error.
- The size of the icons should be 24x24 px.
- Icons that will illustrate replication process - 2e, 2f, 2g - ideally should be animated (it is not a strict requirement but we believe they will be the most informative)
- Attached screens shows the surrounding of the place where icons will be put

This 'future' group of icons IS NOT part of this competition, we're posting this information only to be aware that your designs should take into account these additions in the future.