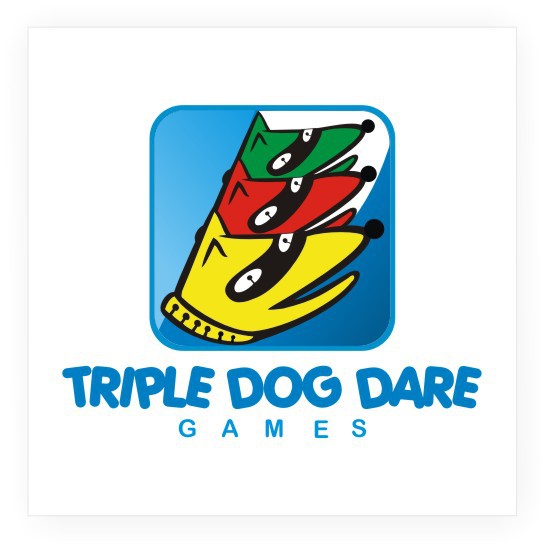 Create the next logo for Triple Dog Dare Games 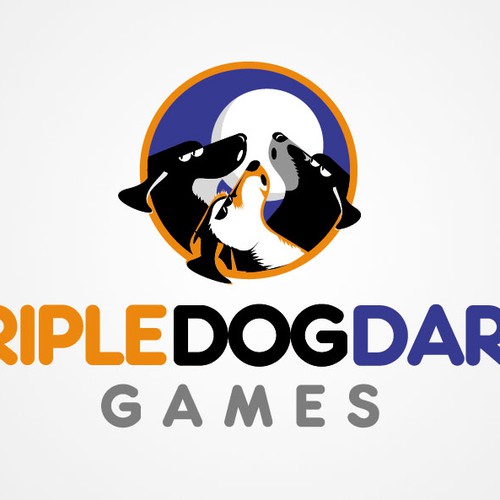 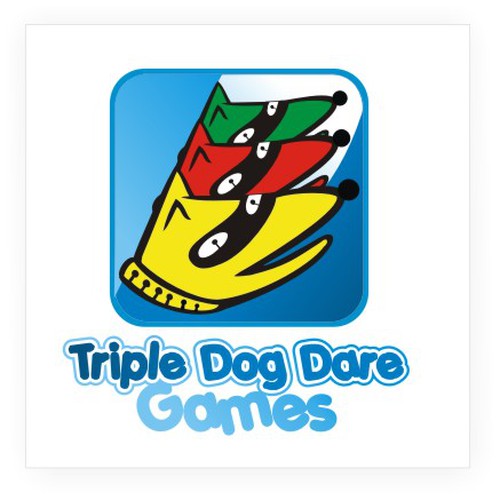 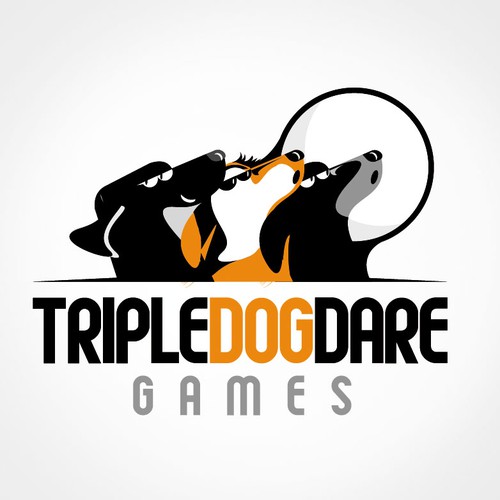 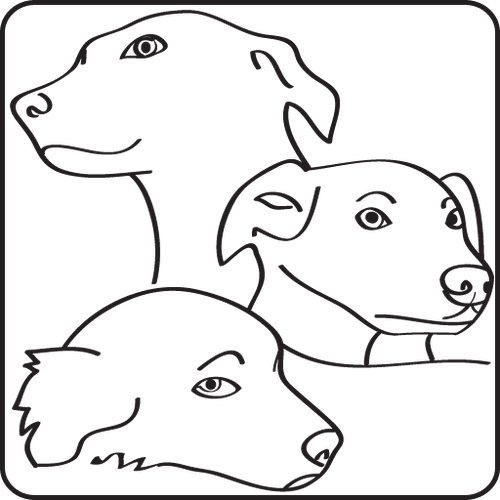 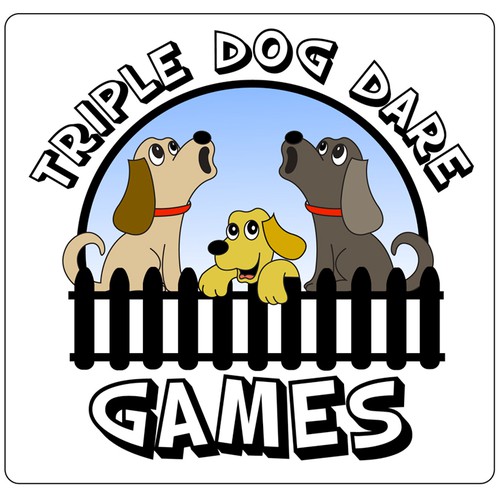 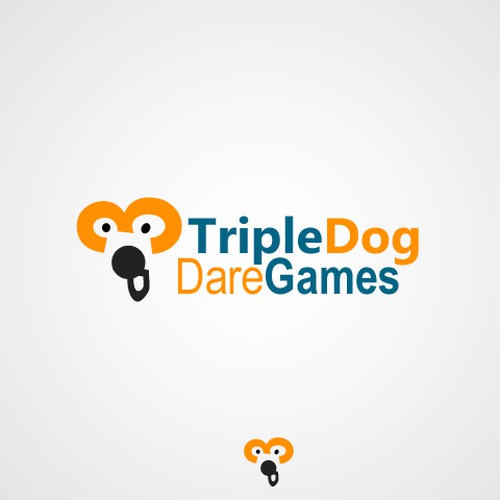 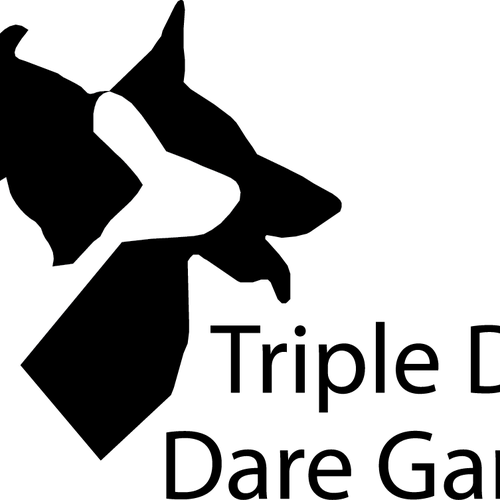 We make casual, social games for mobile devices. They are primarily 2D games with a playful, colorful, and cartoonish feel, similar to Angry Birds or Plant's vs. Zombies.

The logo will primarily be used to identify the company on web sites (game studio directories, the company Facebook and Twitter pages, and our own web site) as well identifying the company in the Apple, Android, and Amazon app stores. It will frequently be used as a square form-factor graphic-only mark (where the containing page/site displays the company name in some standard way, and having it in the logo would be redundant).

For the logo itself, we are imagining something that incorporates three dogs, possibly in a cartoon / avatar style. Pictures of the actual dogs that inspired the company name are attached. It would be great to see them incorporated, but if there is a great design that uses different dogs, or even no dogs at all, then we'd be open to that.

We like the idea of a logo that looks like a mobile app icon (square form factor, rounded corners), to communicate that this is an app/game company, but we are open to other ideas. It's not an actual icon, so we don't have those constraints (for example, we can have elements that go outside of an icon background, etc).

New toy logo!
399 CA$
SCRAPPIES are stuffed animals made from mixed and matched pieces of fabric. Age target is 3-12 years.
28
entries
5
designer
Sitka Whale Watch
299 USD
Provides whale watching excursions to cruise ship passengers that have very high success rates of seeing whales in a ver
39
entries
13
designer
Design a playful kids educational game logo: Pick Upz
409 CHF
I need the most awesome logo for an activity/game for kids between the age of 6 and 12. The activity will mostly be used
112
entries
14
designer graphistes
Gamification app for city exploration needs a logo
269 €
City Challenge is an interactive real-world game that enables players to explore cities in a new and interesting way. It
38
entries
18
designer graphistes
Design an exciting, modern logo for a brand new Escape Room in NZ
AU$ 400
We are an escape room business, where people pay to be locked in a creatively themed room where they have a limited amou
79
entries
9
designers
Oshawa Golf Academy - Logo Design
CAD 399
Based at the Oshawa Golf and Curling Club, the Oshawa Golf Academy creates and delivers instructional programs. The Targ
53
entries
6
diseñadores

Comienza ahora
New Zealand Casinos
299 $US
Casino reviews - check https://newzealandcasinos.nz/
34
entries
15
designer graphistes
Logo for ALL NEW GCLUB
269 €
Product - online gamblings, live dealers and partly sports bets. Target audience - asian men, gambling players. Most pop
36
entries
8
Designer
Devil's Tower Game Logo
US$ 499
Devil's Tower is a video game for PC and Mac. It is an isometric, adventure, platformer, puzzle, retro game. It has a
34
entries
15
designers
Design awesome logo for the Game Company!
$299
Founded in 2016, we committed to develop the next generation of hard-core online multiplayer games for adults. We develo
78
entries
18
デザイナー数
Minimalistic Party Game Logo (Beer Pong) in Cool and Modern Design
269 €
Pong of Panic is a drinking game that can be played at parties or before parties. It is an addition to the classic drink
118
entries
26
Designer
Zen-like Golden Frog logo for chill video games
USD 299
Video game design. Current project is a city-building style game for kids age 6+, but future project plans may be target
102
entries
52
diseñadores