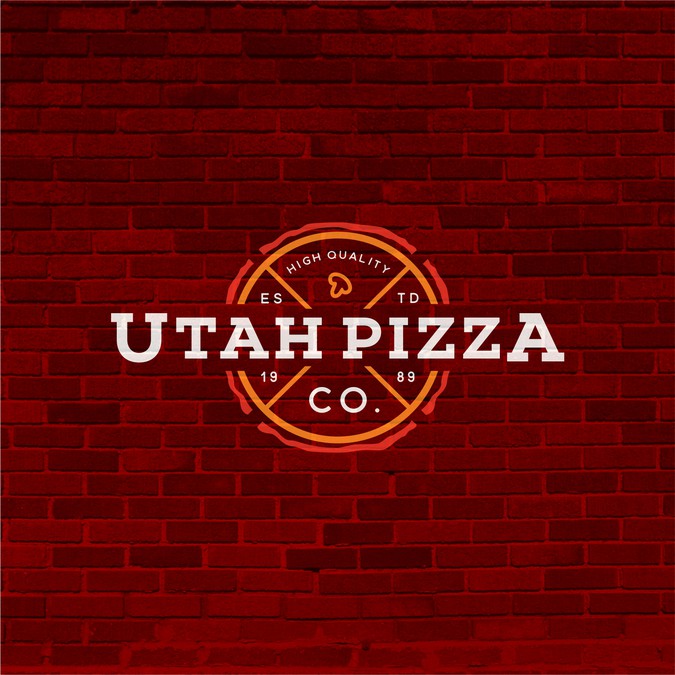 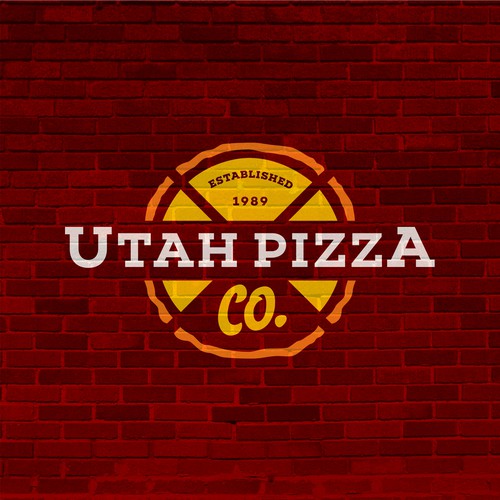 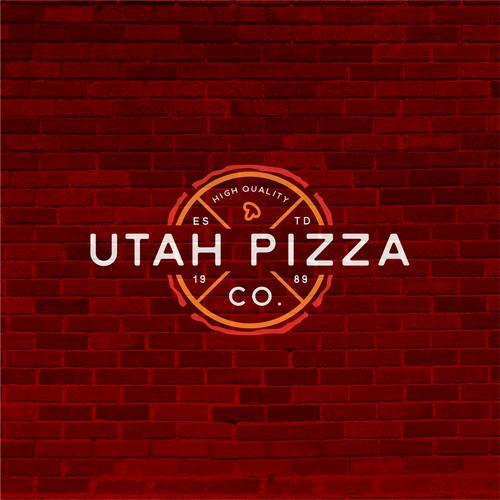 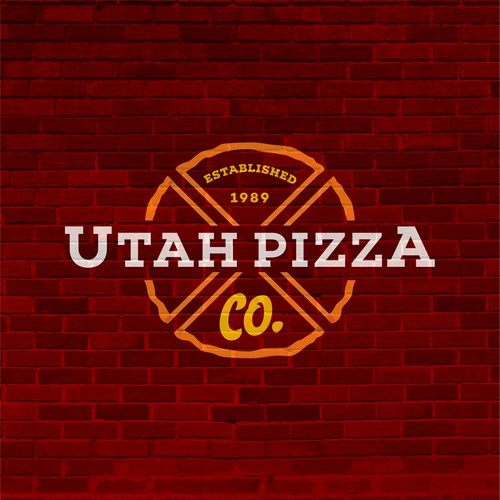 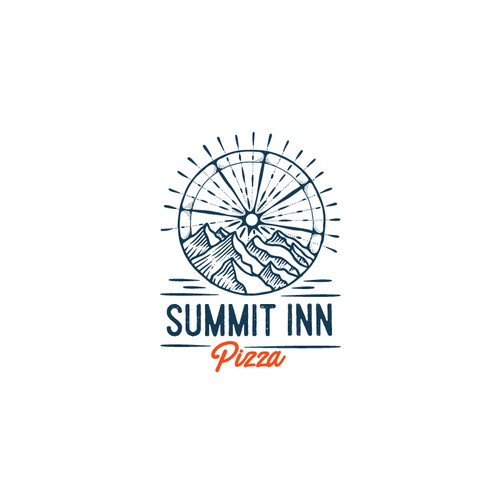 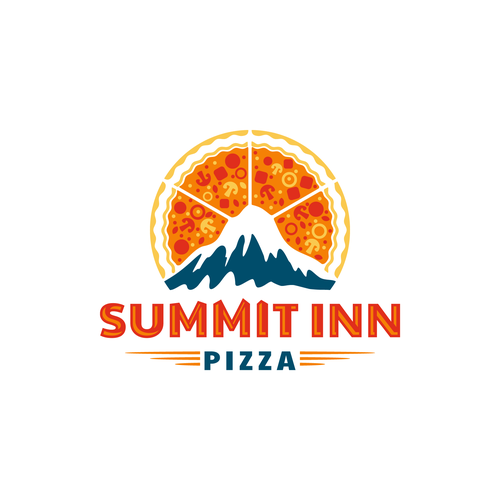 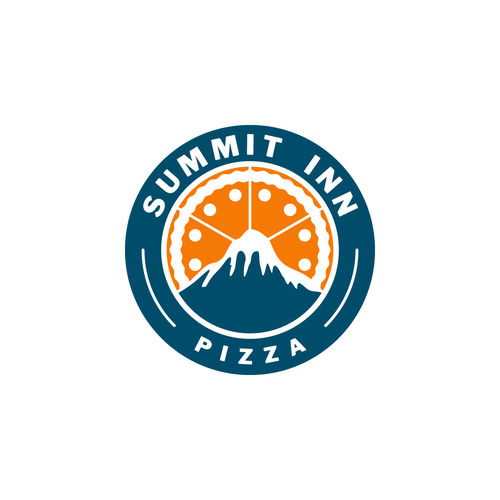 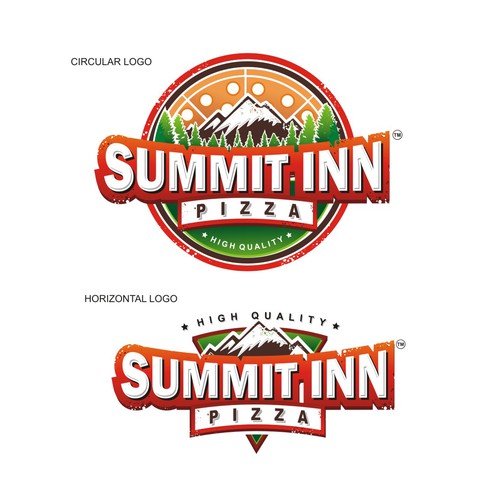 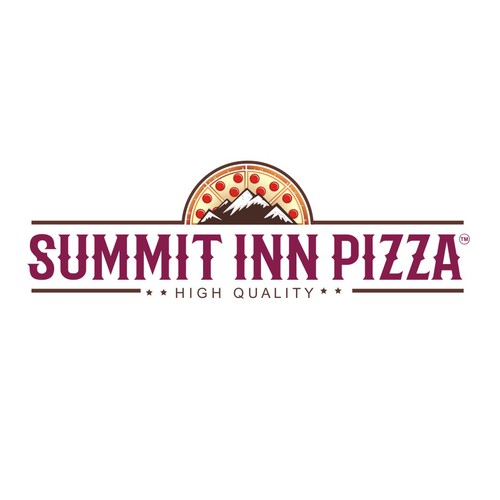 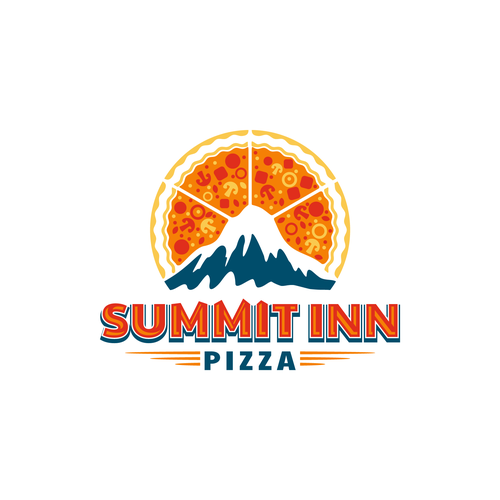 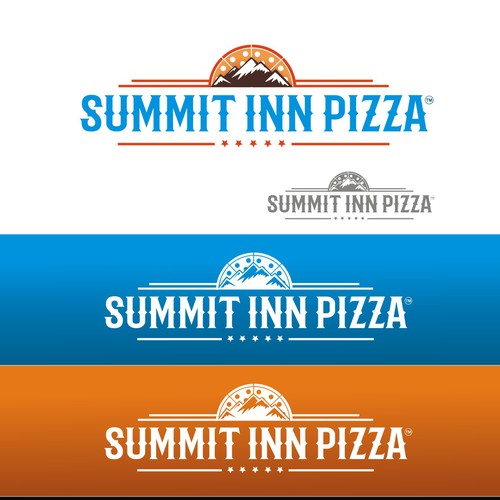 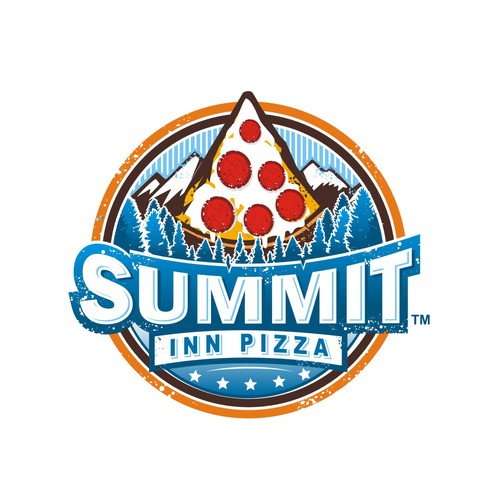 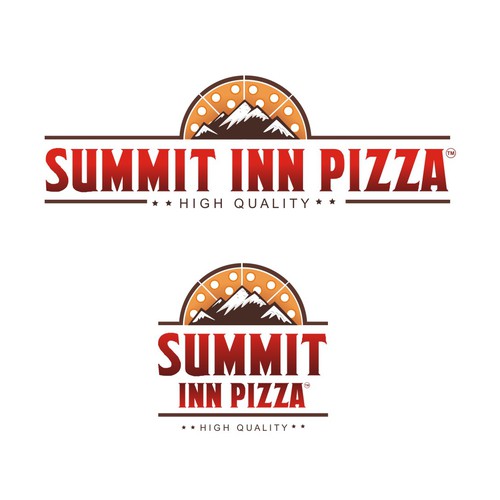 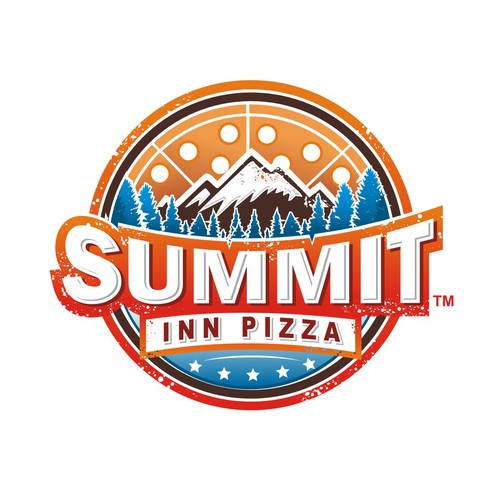 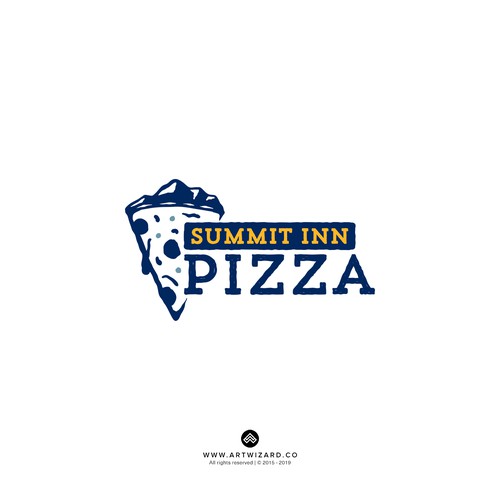 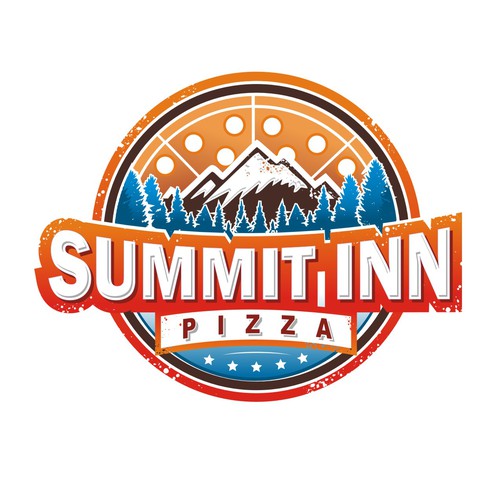 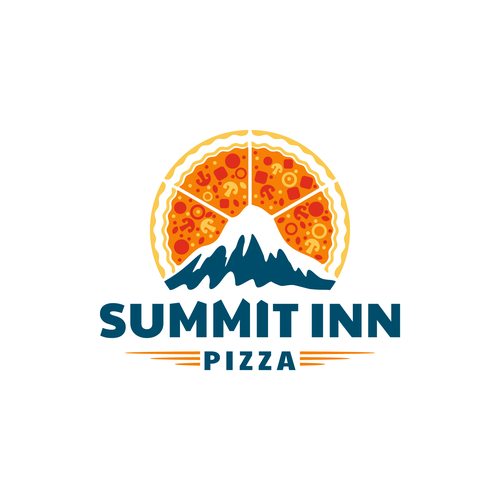 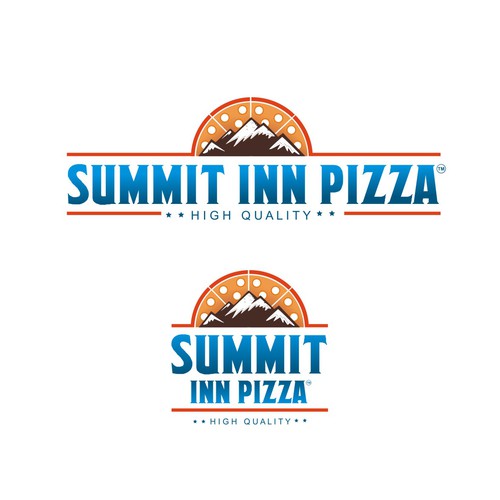 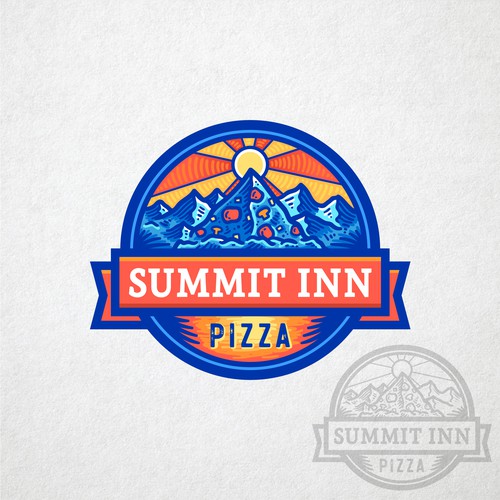 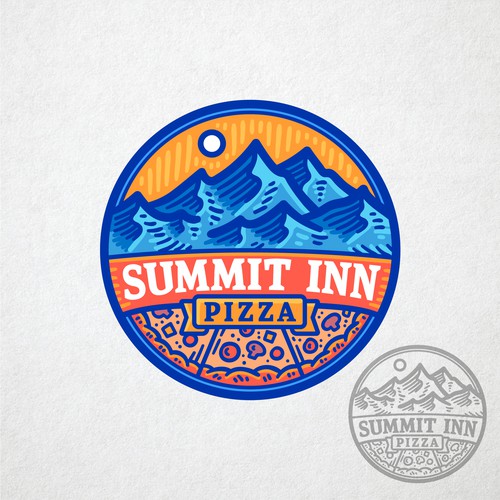 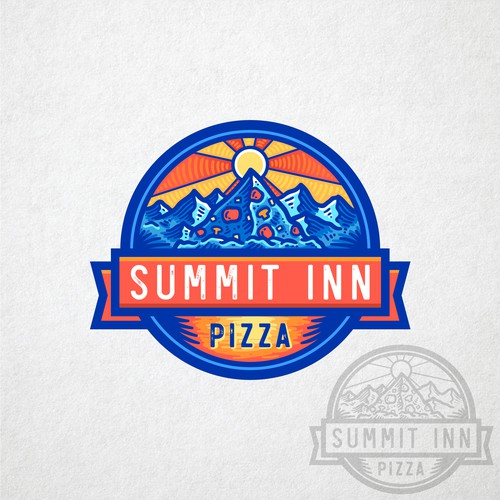 Update: We are looking for something original, not busy, clean, and non-cliche. Non-cliche meaning not the obvious logo using pizza and mountains or summit.
And lets emphasize the "Pizza" part of the name. Just a note that there really isn't one that stands out so still a lot of room to submit a winning logo.

Hey everyone, so we wanted to see if you are willing to submit some version of logo or new logo that doesn't have pizza or some type of mountain being used. With the ideas of a summit being used and having an obvious pizza being used we've been getting alot of similar ideas and so very few logos have been separating themselves. It can be hard to make pizza look appetizing as well with a 2D image. Just wanted to give you a chance to make yourselves stand out and win.

Update: Been getting alot of round logos and would love to see if we could get some more rectangular long ways logos.

Brief:
We are a mom and pop pizza restaurant that is looking to convey a high quality pizza that is focused on converging old time, good home cooking, with a bit of trendy. Our pizza is more expensive and is expected to have a better mouth feel than just cheap ingredients. Our products are shipped from specific areas around the world to just have the best.
Currently our market is mainly families as well as people who are there for the pizza and environment not just because it's a good deal. Summit Inn Pizzas original store resides in an old building in a small logging/cattle community while the new stores are in a growing tech neighborhood like a future silicon valley
ADDED
We've been getting a lot of people focusing on the mountain aspect of the summit inn pizza. I think alot of these have been good but I'd like to see some different ideas as well. If you have an amazing mountain idea go for it! Think about different aspects you could show from pizza.
Perhaps the burners that cook the pizza, the chief who creates the pizza or cuts the pizza, perhaps think of the best pizza you've ever tried and explain the taste in the form of a logo. Or even someone holding the perfect pizza or taking the first bite with the long stringy cheese.
Other ideas are think of the stages that make up the pizza. That could be something such as the pepperonis being cut in slices, the cheese being made at the factory, the first bite take from a pizza, etc.
You could also try to encompass the jolly man who is behind the pizza (see attached).
I've also attached a picture of the products so you can see the heartiness and quality we put into the pizza.
Also, we want this logo to not only look good on the pizza box but also be easy to identify from 200 yards away at the top of our building. I'll include a few of the buildings our pizza places have been at and see if you could see how to make us stick out either with the logo or the font. Feel free to play with the colors as well.
Just FYI our pizza restaurant doesn't have a brick oven but the pizza is cooked so it seems like it is wood fired cooked.
( See attached are a few pics of the outsides of the restaurants. Try and imagine if your logo could stick out there.
I also included the man who is the face of the business... )

The orange and blue are colors that when you think about what the color represents we have those characteristics as our restaurants. If you know how to convey the following traits with other colors make it happen. Traits: wholesome, comfortable, dependable, good vibes, high quality, exciting, unique.

Feel like the logo is just memorable
like the simplicity of the logo, the unique way they did the wording, and the adaptablitity it has to where i could see thing on anything as big as a sign but as small as a cup.
simple
The font on this is different but good. And I like how the buffalo is a very simplistic but
Like how the name just pop's and the logo is super memorable and simple... these are the characteristic we want.
I think the classic feel of this is cool. I don't think the logo is the memorable though
It just simple
Just very memorable with the face
Like the color

The goal is to not only have this a logo for social media but as well as for the sign that goes over our store. Our previous logo couldn't stand out very well on the dark red bricks some of our restaurants are in. We hope to have this convey a quality pizza that is 70% good hometown feel and 30% trendy.

Comienza ahora
Jemi Smokehouse Logo
299 US$
Smokehouse - pulled pork, brisket. Traditional smoker. Old school barbecue.
61
entries
22
diseñadores
Between the bun Lobster roll/Sandwich
US$ 299
Lobster, Crab and Shrimp Rolls/ sandwiches
37
entries
12
designers
Our Honey Lavender beer needs a logo!
299 $US
We are a Craft Beer brewery in Southern California. We brew a wide variety of great beer. The flavors are unique and d
44
entries
13
designer graphistes
Fun and Energetic Logo for Fast Food Chicken Tender Chain
USD 299
Fast Food restaurant that sells chicken tenders.
100
entries
50
diseñadores
A logo for a RESTAURANT on the theme of the MAFIA and ITALY
€ 819
Hello We are opening a restaurant that offers calzones. The theme of our restaurant is the MAFIA. The name of our rest
129
entries
27
Designer
Rebranding a top rated Dutch restaurant: from meat to sustainable chefsmenu
269 €
Currently we have two top rated & 100% meat restaurants: Meatcave. Our food is so good because of the quality of the pro
74
entries
28
designer graphistes